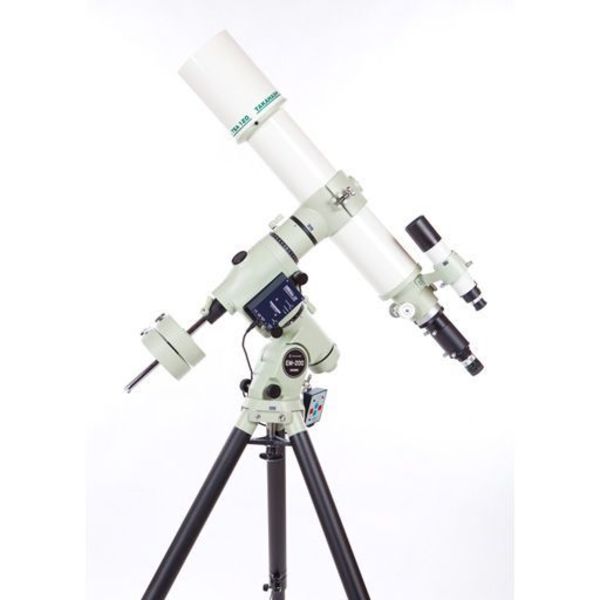 The TSA series is a member of Takahashi’s line of triplet refractors.  In the TSA design, an ED glass lens is placed between two lenses, with air spacing in between.  The resulting system achieves a high level of apochromatic performance for both visual observation and imaging.

The TSA-120N is a limited edition released to commemorate the 10th anniversary of the initial release of the TSA-120.  Only 40 will be available world wide.  It is optically identical to the TSA-120, but comes with a fixed dew shield rather than a sliding dew shield.  It is a 120 mm apochromatic f/7.5 refractor with a focal length of 900 mm.  It features a fixed lens hood and a 2.7 inch rack and pinion focuser.  The TSA is compatible with several flatteners, reducers and extenders, including the TOA-35 Reducer, which converts the telescope to a f/5.3 imaging platform with a 44 mm image circle.