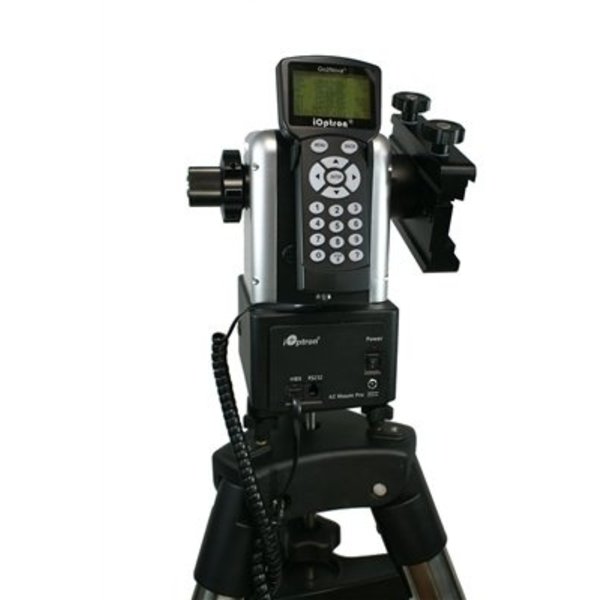 iOptron new AZ Mount Pro is simple to set up. Using its built-in precision level indicator, the operator simply levels the mount and turns on the power; this capable computerized alt-azimuth telescope mount takes it from there. Utilizing the on board 32 channel GPS receiver and built-in position and angular detection sensors; the AZ mount Pro calculates its global position as well as the telescope orientation. Automatically the mount slews the instrument to an easily identifiable bright object in the night sky. The user need only confirm a bright object is in the center of the view, to activate tracking and GOTO functionality.