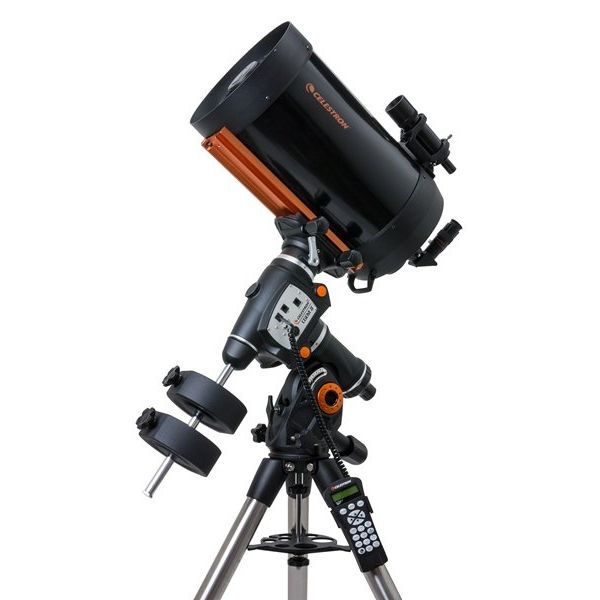 The CGEM II 1100 Schmidt-Cassegrain Telescope features Celestron’s premium StarBright XLT coated optics and the newly redesigned CGEM II computerized equatorial mount.  With the optical tube assembly of the CGEM II 1100 weighing only 27.5 lbs., this telescope is still portable enough to be taken to dark skies, and it has 89% more light gathering power than an 8" telescope and more than 40% more than the 9.25".

This telescope is especially at home as a solid platform for long exposure photography with optional CCD cameras or photographic equipment; it is a serious scientific research tool that comes with Celestron's premium StarBright XLT coatings.

A fresh update to the venerable CGEM mount, the CGEM II has a fresh, attractive, bold appearance and is capable of carrying Celestron’s higher-end SCT optical tubes (up to 11") securely and vibration free, which is ideal for both imaging and visual observing. Capable of holding 40 lbs. of payload and slewing at 5° per second, you will be able to instantly point to any of the celestial objects in the database.