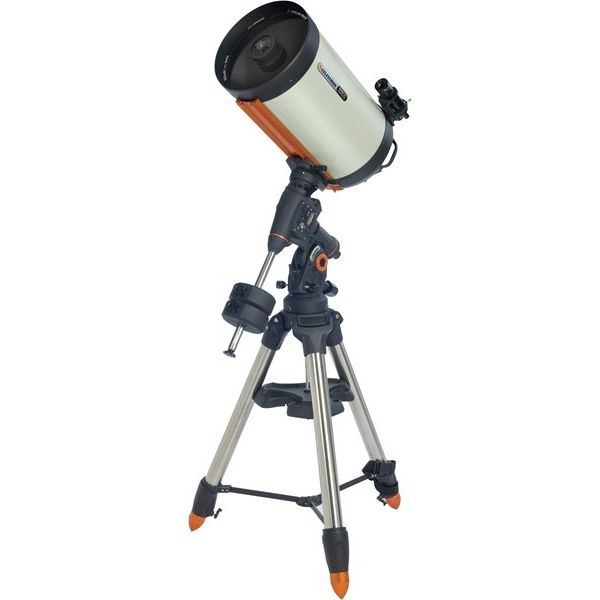 The CGEM DX 1400 HD combines Celestron's newly designed CGEM DX Computerized Equatorial mount with its new EdgeHD optical system.  With more than 60% more light gathering power than the 11" telescope, the CGEM DX 1400 is Celestron’s largest optical system in its class.  Featuring our premium StarBright XLT coatings and 14" of aperture, this telescope gives you the brightest, clearest views whether observing planetary or deep-sky objects.

The CGEM DX™ mount is the newest member of our fully computerized Equatorial mount series capable of carrying Celestron’s high-end 11" and 14" optical tubes.  The CGE PRO style, 2.75" leg tripod holds even our 14" optics securely while dampening vibration, which is ideal for both imaging and visual observing.  Capable of holding 50 lbs of payload and slewing at 5° per second, you will be able to instantly point to any of the celestial objects in the database.