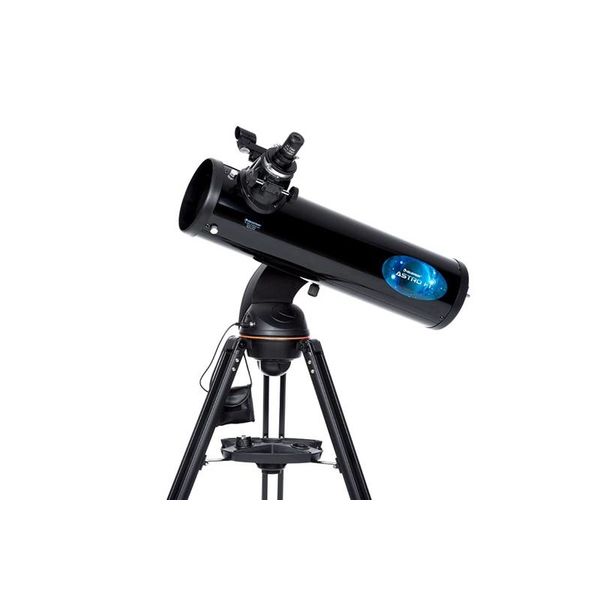 Celestron's Astro Fi 130 mm Newtonian is a fully featured telescope that can be controlled with your smart phone or tablet using the free Celestron SkyPortal app. Celestron’s SkyPortal app replaces the traditional telescope hand control for a 100% wireless experience. Just hold your smart device up to the night sky. When you find an object you’d like to view, tap the screen. Your Astro Fi telescope automatically slews to the object, while the screen displays information about it. It’s never been more fun to explore the universe!

The Astro Fi 130 creates its own wireless connection, so it can communicate with your device even in remote locations where WiFi or cellular networks aren’t available.